SPIDER-MAN: FAR FROM HOME is amazing! Not only does Peter Parker (Tom Holland) shine in a post-Endgame MCU, but the film’s antagonist Mysterio (Jake Gyllenhaal) is incredible as well. Looking forward, who could be the next MCU SPIDER-MAN villain to cross paths with Spidey in the eventual sequel? Let’s take a look.

The Favorite Amongst Spider-Man Villains: Kraven the Hunter

It’s all over the internet. Kraven the Hunter should be the next big bad to take on Spider-Man. Kraven, (real name Sergei Kravinoff) is a big-game hunter whose main goal is to hunt and kill Spider-Man in order to definitively prove that he is the greatest hunter of all time. To Kraven, Spider-Man is the ultimate prey. Why is he a good pick for the next SPIDER-MAN film? Well, there’s a few reasons. 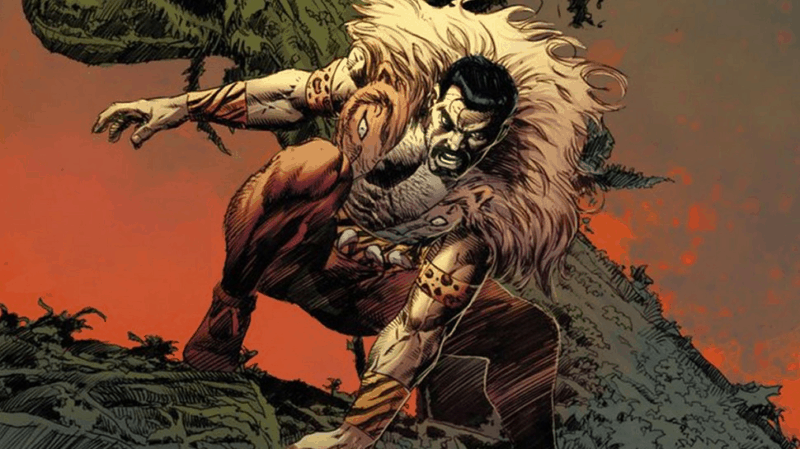 Firstly, Kraven is HOMECOMING and FAR FROM HOME director Jon Watts’ top choice. In an interview with Uproxx, Watts spoke to the idea of having Kraven as the next villain, saying that he would love it if it were to work out. So, right off the bat, we know who the director wants.

Kraven also seems like a logical choice story-wise. At the end of FAR FROM HOME, Mysterio leaks a doctored video to DailyBugle.net that depicts himself as the victim and Spider-Man as the villain. Furthermore, he also reveals Spider-Man’s true identity to the world. Going forward, a FAR FROM HOME sequel having Peter on the run seems inevitable. Making Kraven amongst those trying to bring Spidey down would be an organic way now to introduce the Hunter.

Maintaining Themes of Deception: The Chameleon

Kraven also has a half-brother named Dmitri Smerdyakov, otherwise known as the Chameleon. The Chameleon, as his name suggests, is a master of disguise. He is able to take on the appearance of anyone he chooses in order to carry out his misdeeds. Additionally, he excels at imitating accents, mannerisms, and a person’s common turns of phrase. Basically, with the exception of super powers, he can imitate anything about a person.

With Spider-Man’s true identity known to the public, Chameleon would definitely be an interesting choice for the next MCU SPIDER-MAN villain. He could further the bad press and negative public perceptions by posing either as Peter or Spider-Man. In fact, that has proven a favorite move of his in comics. Or, just as dangerously, he can pose as an ally of the Wallcrawler to draw Parker into the open.. 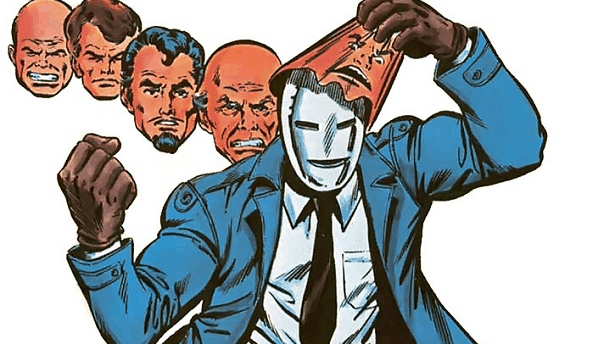 The film’s theme would undoubtedly be centered around that idea of identity. Are our identities just our outward appearance, and how others views us? Or is it more about our choices and actions that make up who we are?

Furthermore, it’s possible that we’ve already seen Chameleon in FAR FROM HOME. The gruff-looking and quiet agent working with Fury and Hill went by the name of Dimitri. He was the agent who drove the bus for Peter’s class after Fury hijacked their school trip. Could this be Dmitri Smerdyakov, the Chameleon? 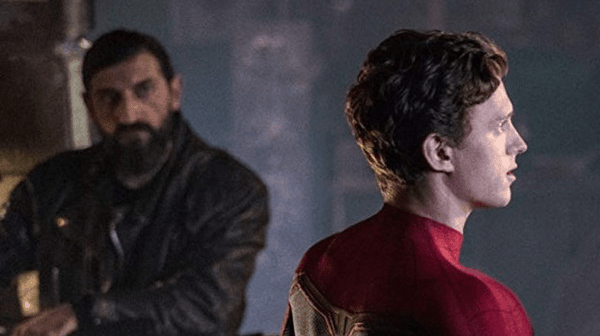 Dimitri in the background. Image from Marvel/Sony

There’s nothing in FAR FROM HOME to provide us with any indicators one way or the other. Still, the MCU has long enjoyed capitalizing on small moments or characters we did not think of in certain ways that took on more or changed significance down the road.

In SPIDER-MAN: HOMECOMING, Spider-Man interrupts an illegal weapons deal between the Vulture Adrian Toomes (Micheal Keaton), and criminal Mac Gargan (Michael Mando). While Peter fails in his attempt to stop Toomes, Gargan is caught and arrested. Later, after Spidey defeats Vulture as well, Toomes ends up in the same prison as Gargan. When they cross paths, Gargan seemingly attempts to recruit Toomes to join “friends” who would love to “meet” Spider-Man. Despite the offer, Toomes pretended to have no idea the identity of the person beneath the webs. 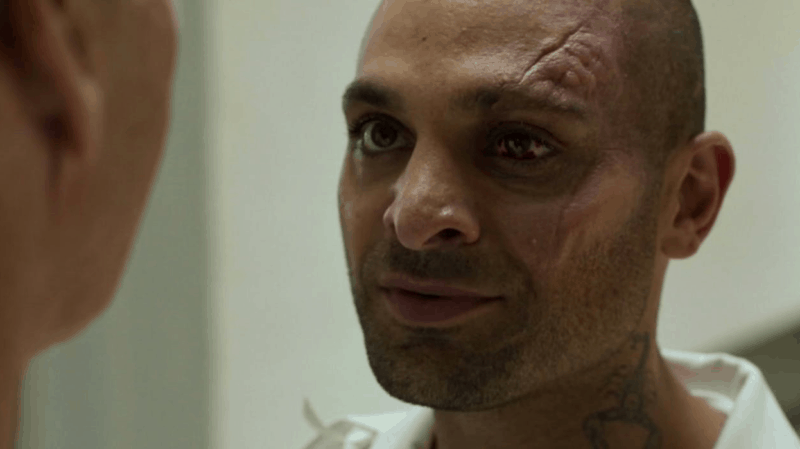 In the comics, Mac Gargan is most famous for his role as the Scorpion. Wearing an armor plated exo-skeleton with a sharp and poisonous prehensile tail, Scorpion is one of the most dangerous of Spider-Man villains. Even more interesting given the mid-credits scene is the man behind the Scorpion’s “birth”. In comics, none other than J. Jonah Jameson, editor of the Daily Bugle, recruits Gargan and pays the bills to make the man into a super villain. 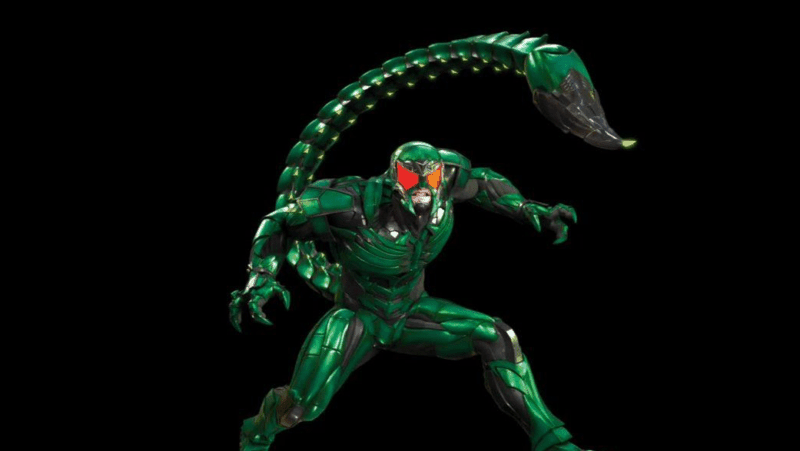 This does not necessarily mean JJJ will be the reason and provider of the Scorpion armor. It seems much more plausible that Scorpion will get the armor by some other means, (Tinkerer?), and that JJJ will be involved in other ways. Given that the only person Gargan hates more in comics than the Webhead is triple J, we even might see JJJ have to humble himself before Spider-Man to keep him safe.

Regardless, we know Gargan is out there and already hating the Webslinger. It feels like the time for payback may have arrived.

A big — no pun intended — fan pick among is Wilson Fisk aka The Kingpin of Crime. In Marvel Comics, Wilson Fisk is the main man for organized crime in New York City. Everything that happens goes through him. There is also precedent for Kingpin as a Spider-Man villain. While fans have come to see Fisk as a Daredevil villain, he was predominantly in Spider-Man’s rogues gallery until the early 80s.

Fisk already has an MCU counterpart on the now-cancelled Netflix series DAREDEVIL, played by Vincent D’onofrio. Currently in prison having been defeated by Daredevil, Fisk seems poised to make a comeback in a big way. And what better way to make a comeback then setting his sites on squashing another hometown super hero? Heck, maybe we even get a Spider-Man/Daredevil team-up out of it! 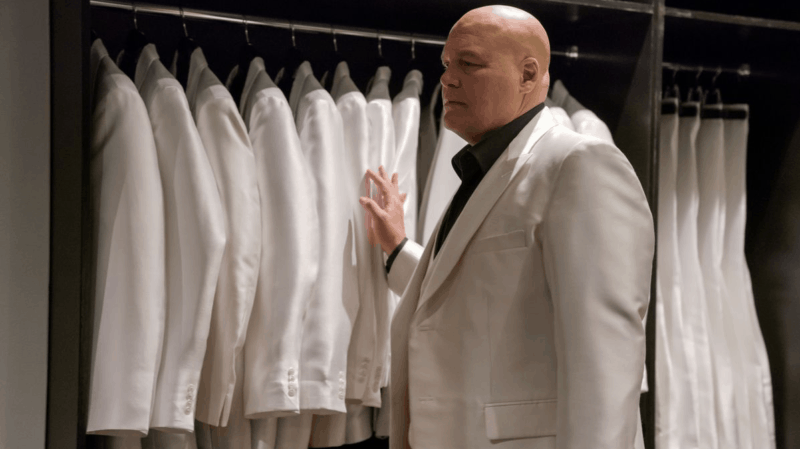 However, there’s that pesky issue of Daredevil and Fisk being part of a Netflix series that is no more. The first (minor) problem is that those characters would face a pretty strong tonal shift if they were to be part of a SPIDER-MAN film. The Marvel Netflix shows have been all pretty darker with its themes and plots.

The second and bigger issue is that aside from very few and small exceptions, Marvel Television characters have yet to ever transition to the big screen. It’s made further complicated with the fact that it’s been reported that a few years will need to pass in order for Disney/Marvel to legally and contractually use those characters that were a part of those cancelled series. Again, I’m not saying its not possible for Fisk/Daredevil to make an appearance in the next SPIDER-MAN film, it’s just pretty unlikely with all the hoops that would require jumping through.

Doubtful Picks: All Spider-Man Villains Seen In Other Franchises

It’s seems highly doubtful that we’ll be seeing any villains from either the Tobey Maguire or Andrew Garfield eras of SPIDER-MAN films. That means you probably shouldn’t get your hopes up for Green Goblin, Doc Ock, Lizard, or Electro. While some might have hoped for a Norman Osborn tease in FAR FROM HOME (myself included) Marvel head Kevin Feige and Director Jon Watts have made it clear they’re interested in characters that have yet to be seen on screen. 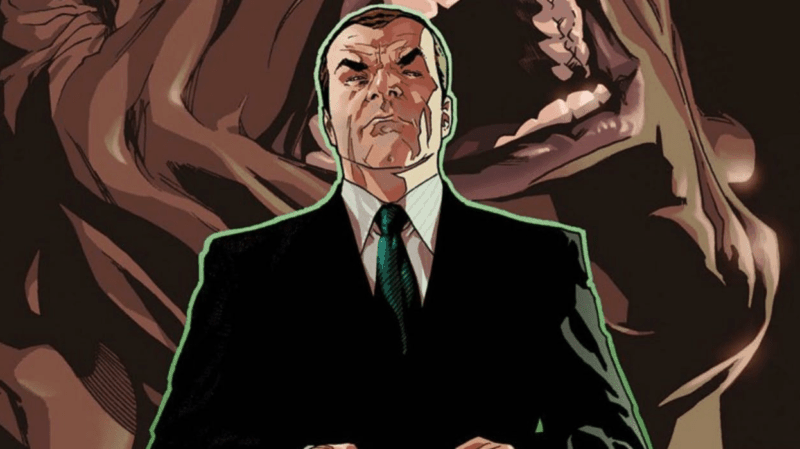 That doesn’t mean we won’t ever see Green Goblin as the next big MCU SPIDER-Man villain. It just means that we probably need to wait a little while longer for whenever they do decide to introduce him or anyone else we’ve already seen. That way it will seem more like it’s earned, as opposed to feeling like a rehash. 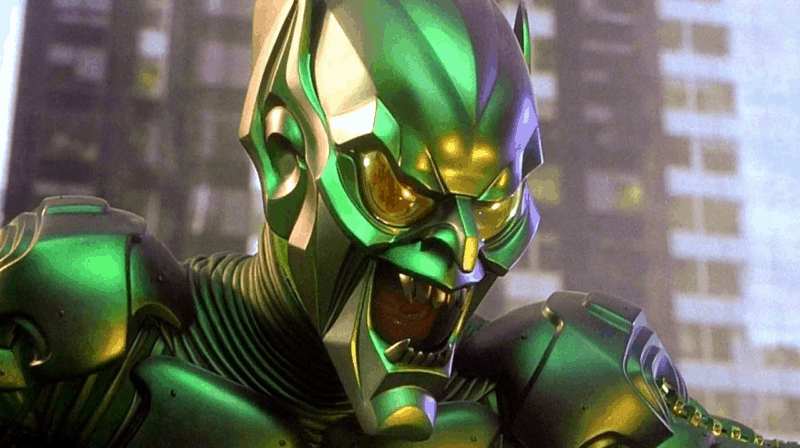 Whoever the next MCU SPIDER-MAN villain is going to be, I’m very excited and can’t wait to see who’s next. What about you? Who do you think should take on Spider-Man going forward? Let us know in the comments below or reach out to us @ComicsVerse on Twitter!