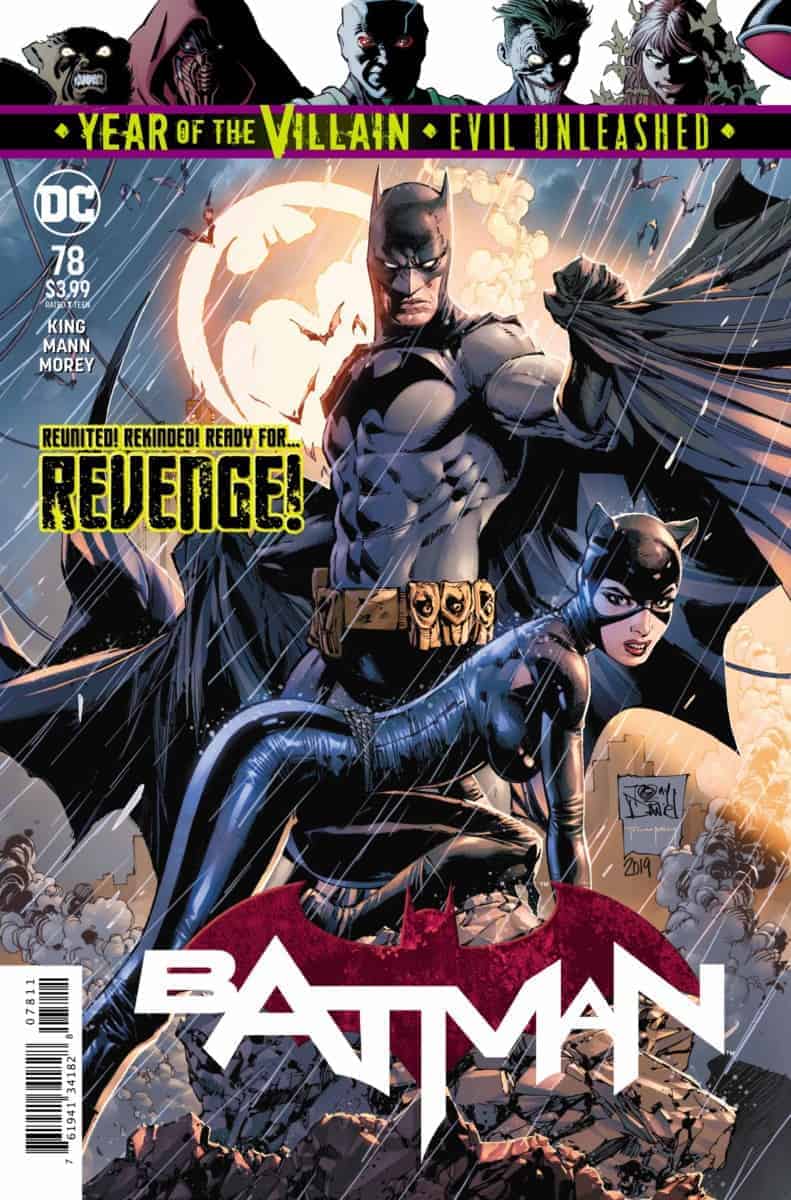 In the first part of a “City of Bane” interlude, Batman receives help from an ally he thought he had lost for good: Catwoman! Still recovering from the beatings he took from Bane and Flashpoint Batman, the Dark Knight readies himself for a return to Gotham City, and it’s Selina Kyle who holds the key. She knows how Bane is fueling his regime, and she’ll help Batman shut down the supply line-but first she has to whip the battered hero into shape. 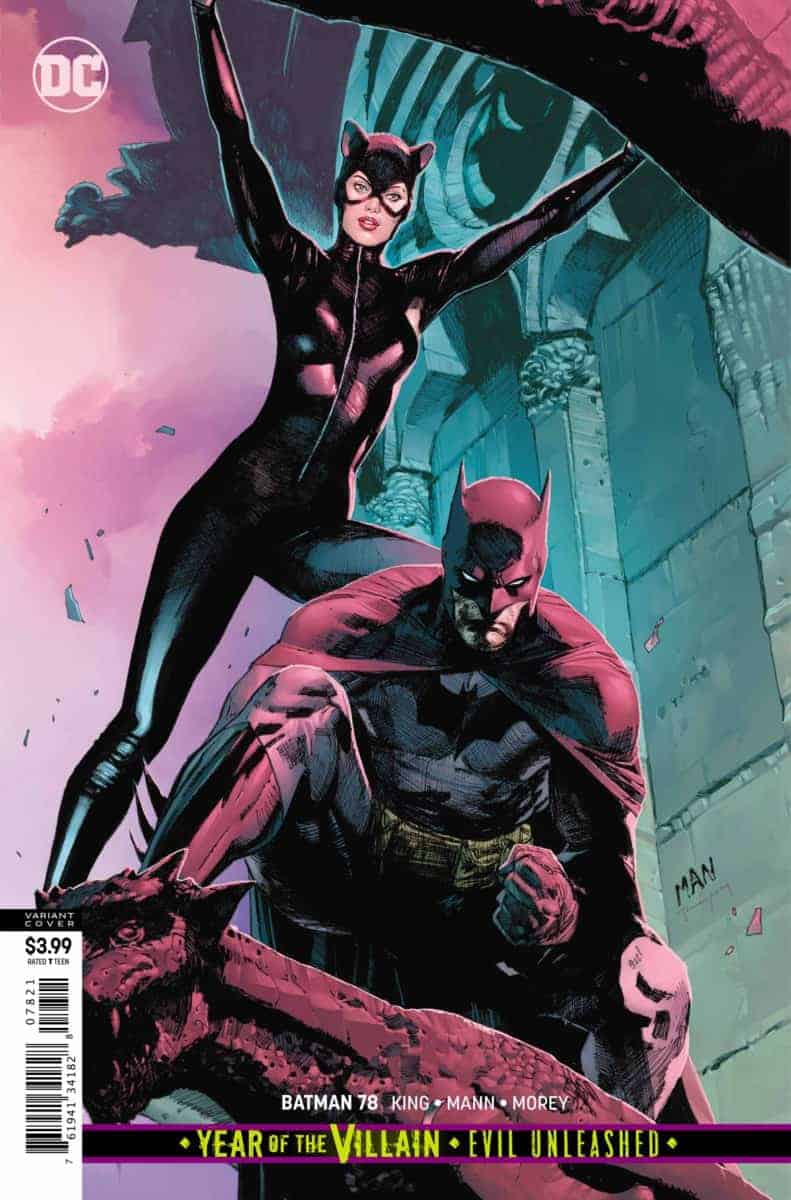 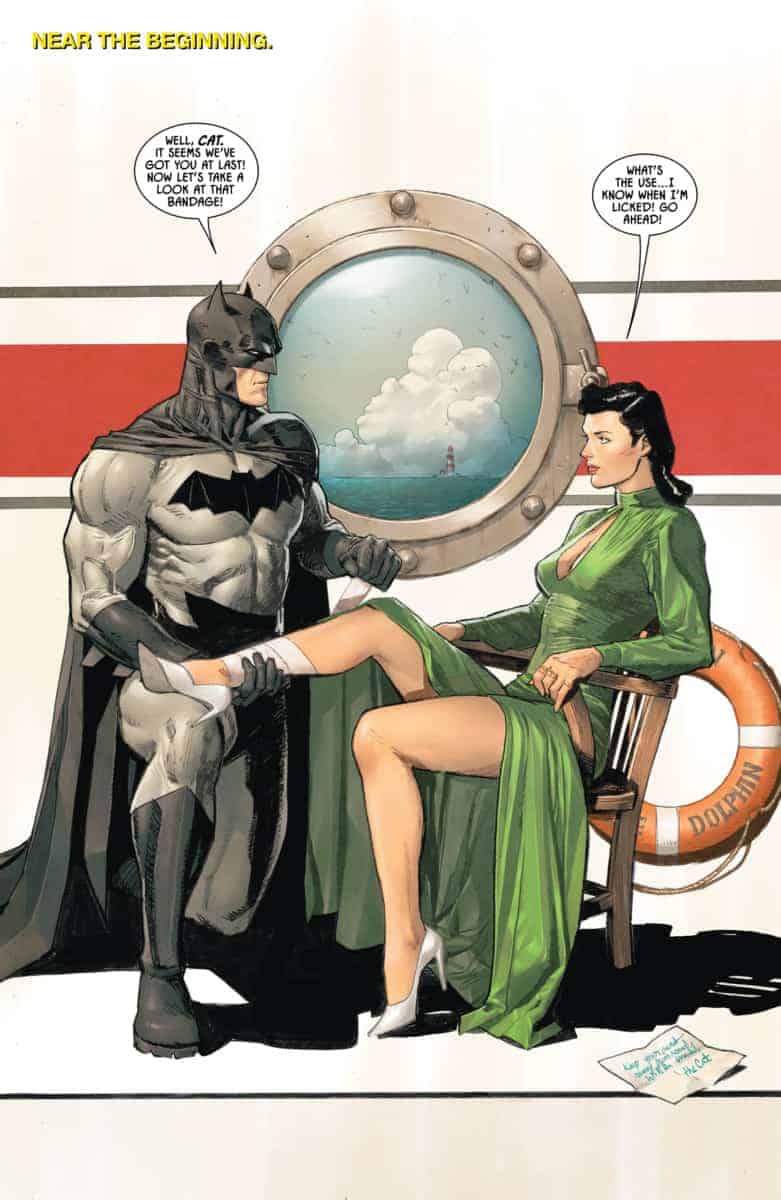 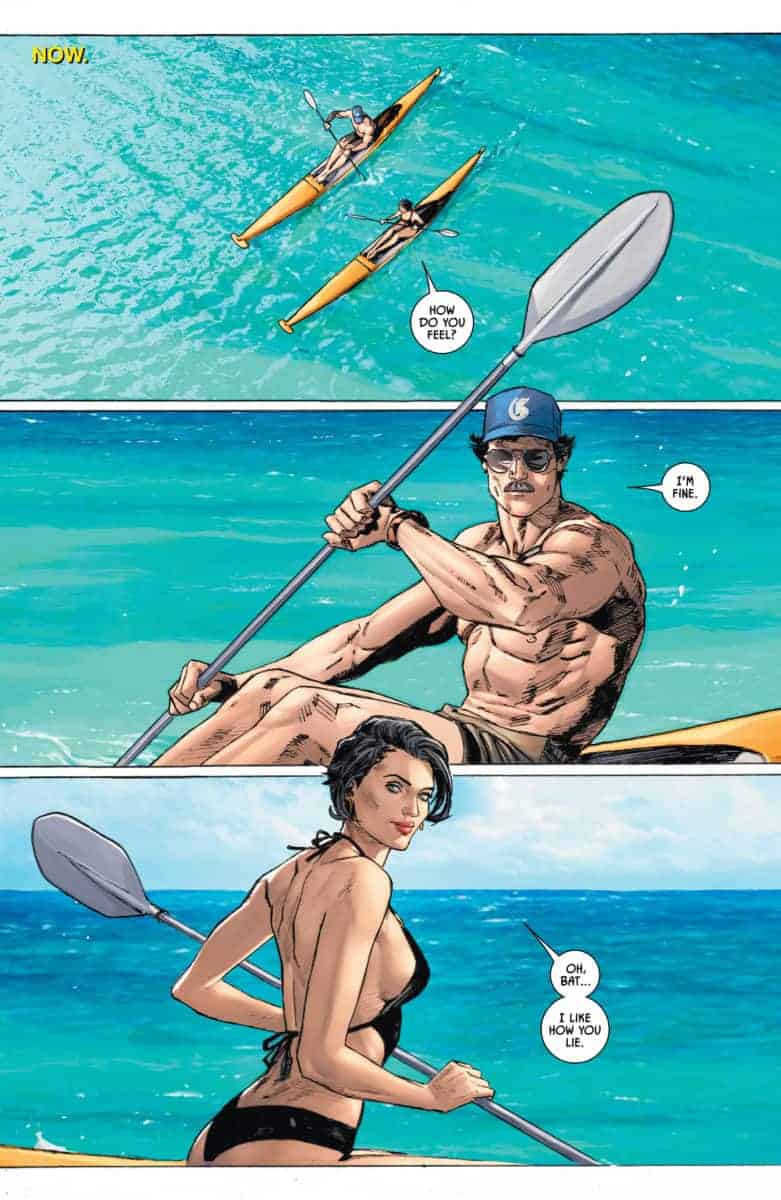 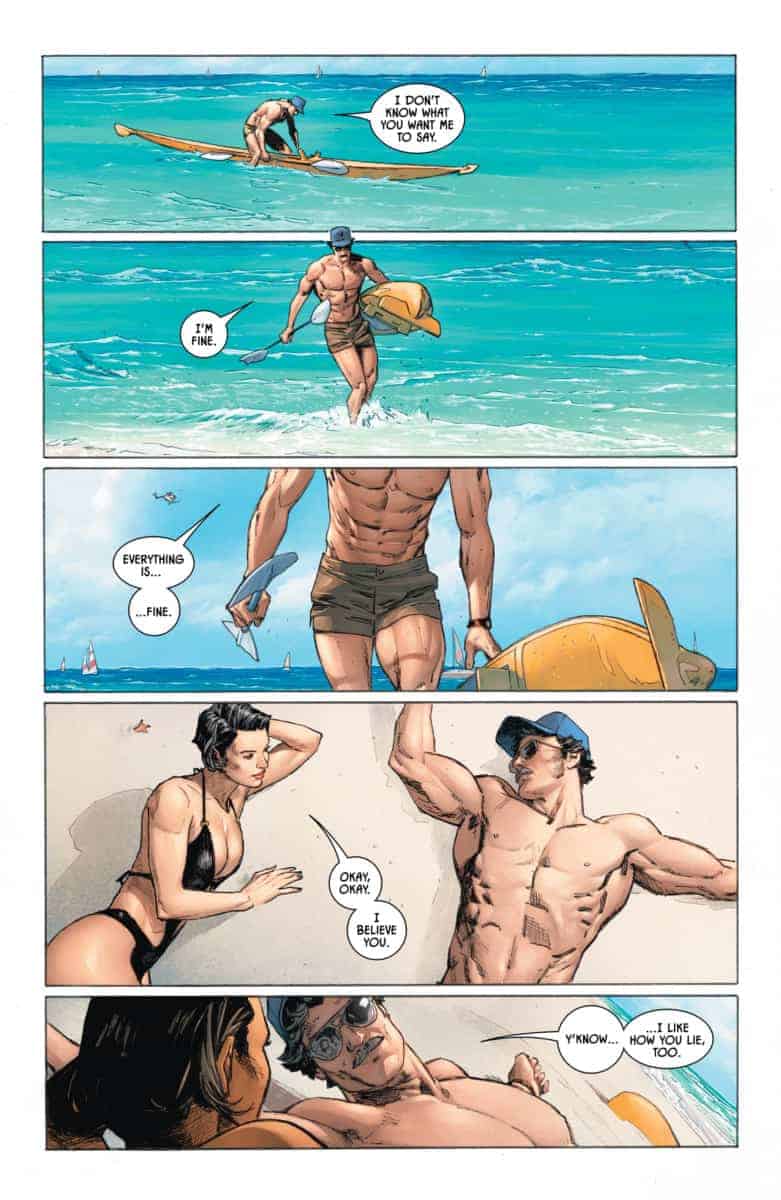 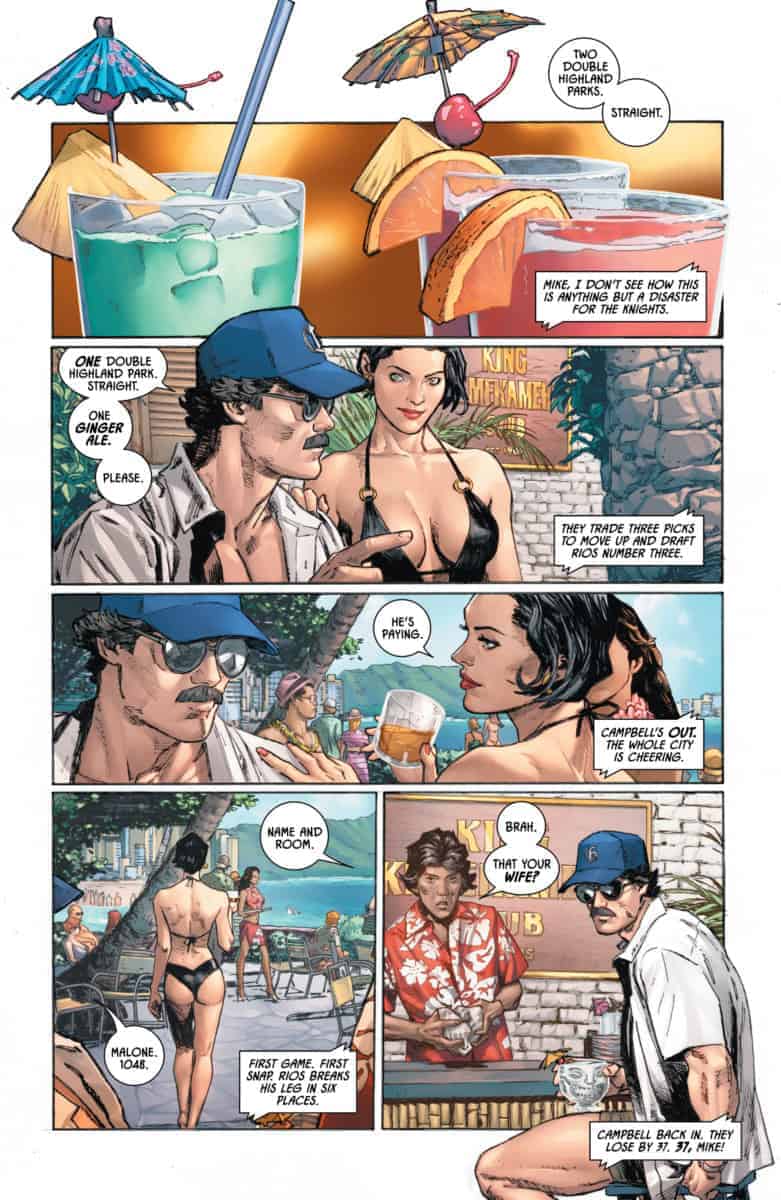 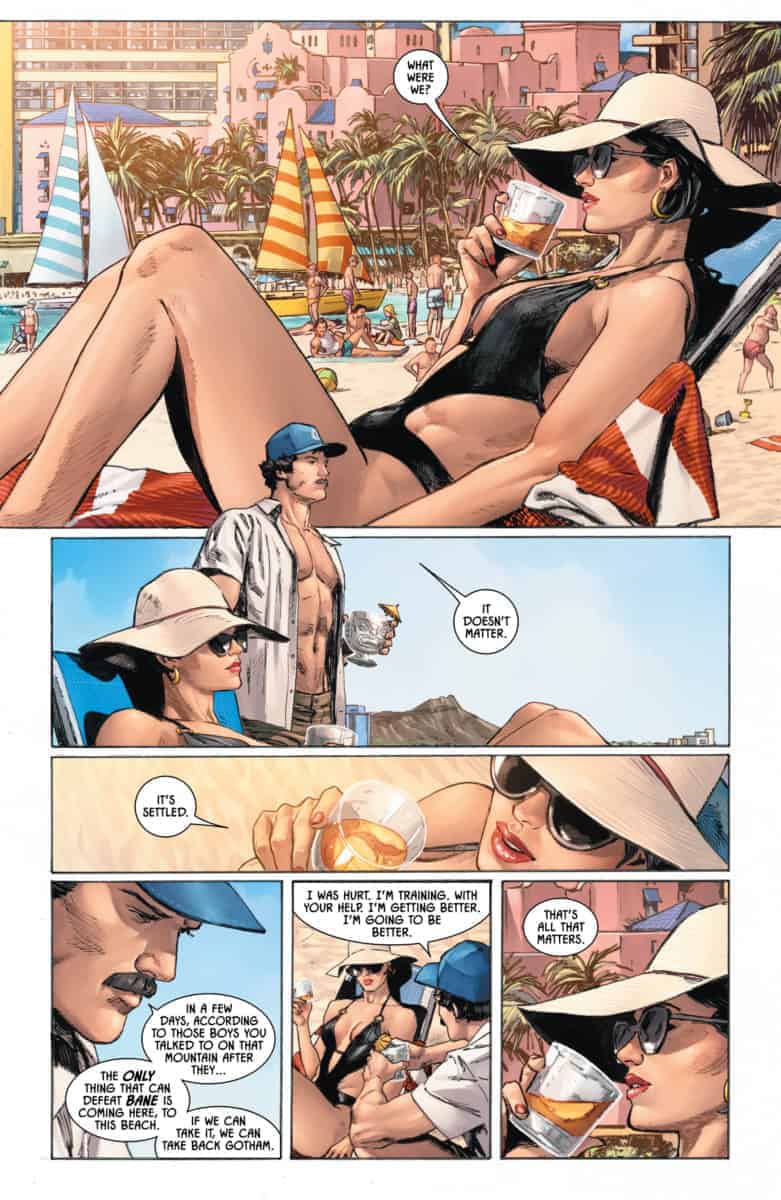 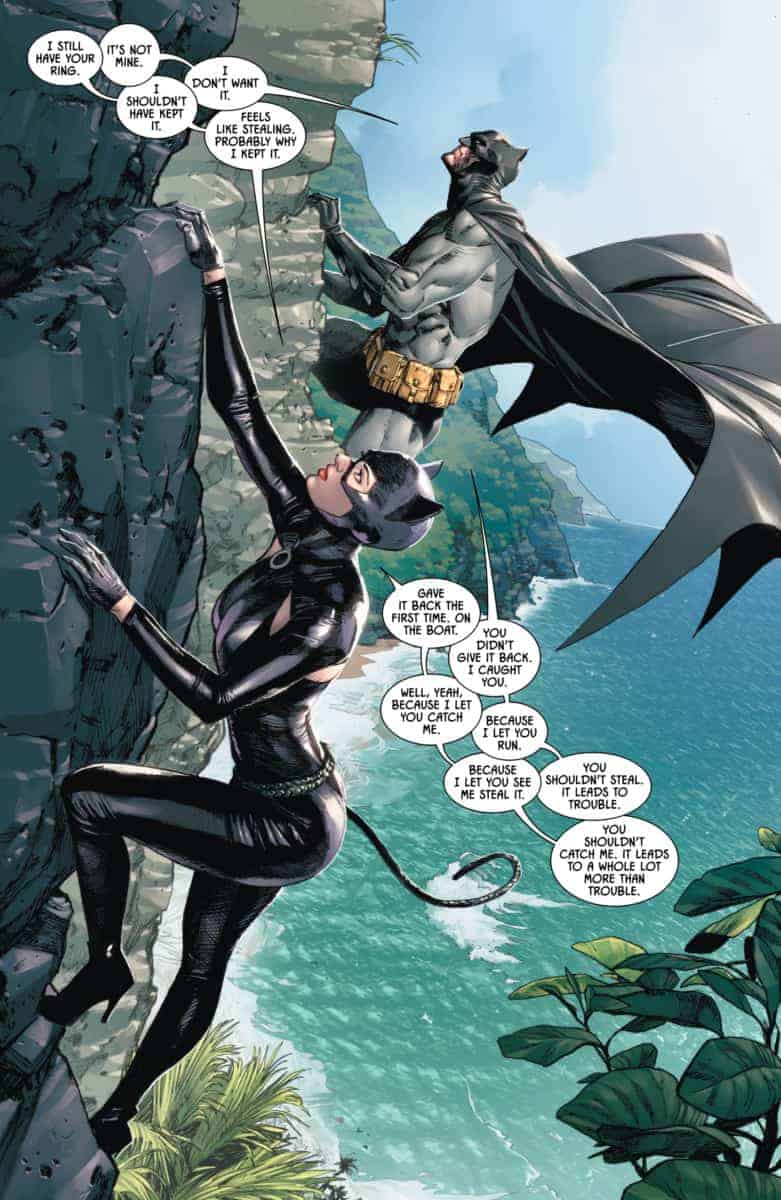