Lion King opens this Friday — Thursday night for the pedantic amongst you — but the reviews have already begun to take on a consensus. And that consensus? Not good! And largely that has been the case for these live action remakes of their beloved animated fare.

Nonetheless, Disney seems dedicated to this revisitation/re-adaptation of their catalog. This year alone we have seen them already bring DUMBO and ALADDIN to the screen as live action offerings. KING is next and we have already begun to see the trailer for MULAN’s un-animated turn.

So if we have to live in a world where these films continue to be made, perhaps we can at least put into the world what movies we think might actually offer us all — the cause of art, our entertainment, Disney’s purse — something to enjoy. 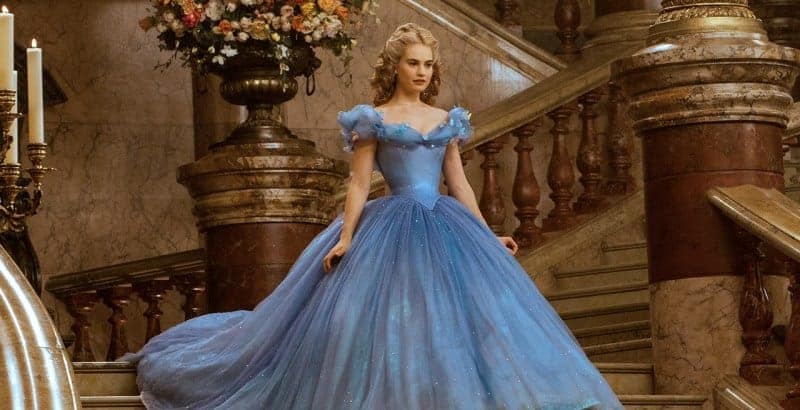 Rather than state this with every film discussed below, let us get it out of the way here. Whatever movies we pick, let us all assume that what is being left unsaid is that Disney should make these live action remakes more than just near beat for beat remakes. ALADDIN, BEAUTY AND THE BEAST, and, now, LION KING all have earned tough feedback for the fact that they stick so close to their animated predecessors that they hardly offer anything new. MALEFICENT, on the other hand, strays from the animated feature and is probably the most creatively rewarding of the remakes. I would even argue CINDERELLA differs enough that it offers a bit of zing beyond simple nostalgia.

Thus, while reading these please add an invisible caveat. As each entry was written, the phrase, “as long as they attempt to make it its own distinct effort rather than a slavish recreation” had been repeatedly muttered as though an ancient incantation. 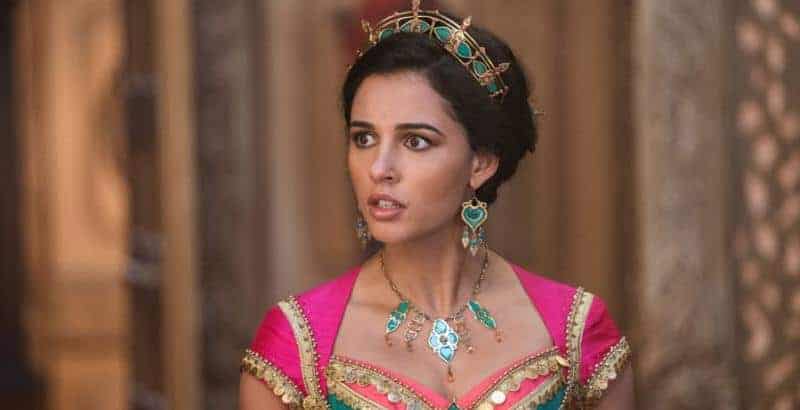 None of our choices are animal driven movies. After the reviews of KING made it very clear that ultra-realistic beasts do not make good actors, we will a duty to avoid making that happen again. Animal sidekicks may still pop up, especially given that putting animals alongside humans seems to let Disney feel more comfortable with softening the hyper realism (see, JUNGLE BOOK). However, we are wholesale rejecting total animal productions.

We do not hate animals. Rather, we love them. Therefore, we refuse to let them be used in such emotionally artificial and underwhelming ways on-screen. Thus dark horse candidates that might have otherwise proven tempting — GREAT MOUSE DETECTIVE anyone? — had to be resisted for the greater good.

Are we heroes? Likely. 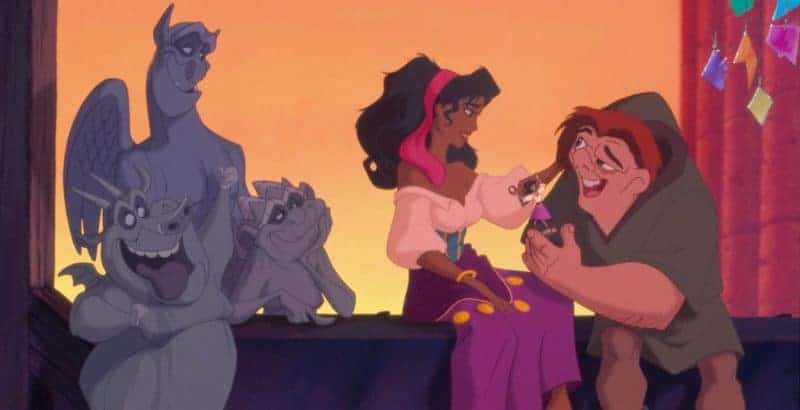 Did you enjoy the animated HUNCHBACK? No, of course you didn’t! No one did. It was bizarrely sexual for a children’s movie. On the other hand, the ending felt too glossy and simple for the surprisingly complex first 90 or so minutes.

So why not give it another shot?

HUNCHBACK may well be unadaptable as a family friendly movie. However, I remain optimistic. I think there is a way to thread that needle. And, if you do, you end up with a product that is guaranteed to be better than its animated predecessor. After all, everyone hates that one. 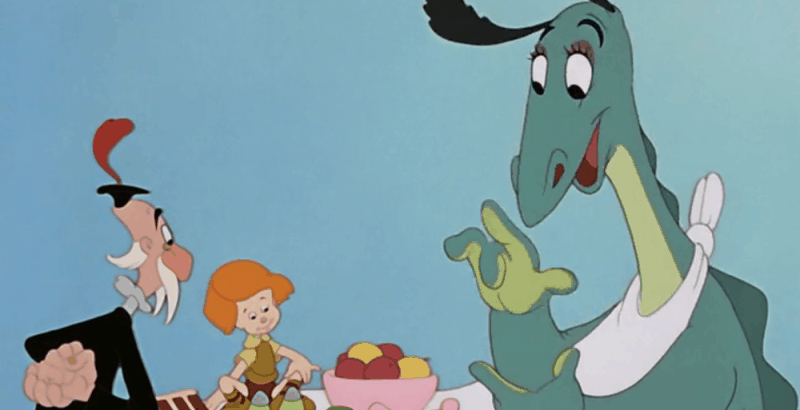 The Reluctant Dragon ready to feast on all the treats he bought with his live-action money. (Courtesy of Walt Disney Animation Studios)

THE RELUCTANT DRAGON is actually something of an animated anthology film. For our purposes, though, the titular story would be the focus.

For those unfamiliar — and please don’t give yourself a hard time if you are — DRAGON tells the tale of the creature of myth being real AND a real softie. He loves poetry and spends his days in hiding in a cave, both scared of people and worried about scaring them. One day, a young boy bravely enters the cave. Lo and behold the two hit it off. The boy has a bright idea and introduces his monstrous new lizard friend to a knight who also loves poetry.

Eventually the knight and the dragon decide to stage a shadow fight in which the dragon gets to pretend to be ferocious, the knight brave. However, when they obscured by the dust and the smoke the fight creates, the two laugh and dance and share of their favorite poems.

It could be a delightful lark on-screen and, dare I say, covertly deliver some queer role models to the masses right under all those squares’ noses. Done right, it could even play out like a kind of con artist for good film, a great genre that Disney gets great results when it dips into. Consider ALADDIN if you do not believe me. Finally, as we said, DRAGON has the benefit of being a little-known story has no legacy to compete against. 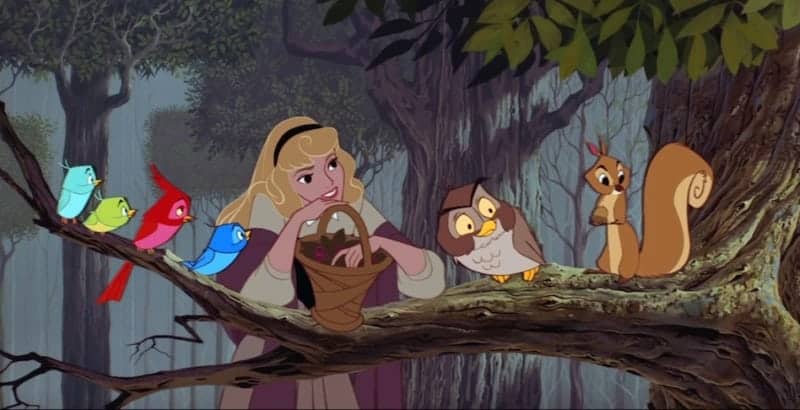 Sleeping Beauty, during a rare moment of consciousness, talks things over with her money managers. (Courtesy of Walt Disney Animation Studios)

On the extreme other end of things stands SLEEPING BEAUTY one of the most well-known stories Disney has adapted and one its most recognizable animated features. Isn’t this like the exact opposite of what Disney should be trying to remake?

Absolutely. Except that, and I swear no pun is intended here, BEAUTY has a rep as a notorious snooze. If you would name your favorite cereal as “bran” this might be for you. For everyone else though it is a master class in pretty but empty genericism.

In other words, it is the perfect structure to crawl inside, find the quirks, redesign the world, and create something wonderful and new without scaring off those who hunger for the familiar. 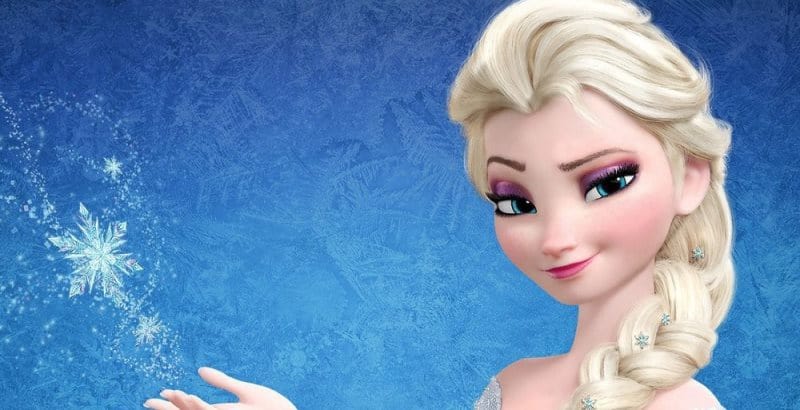 At this point, you may find yourself wondering if you, in fact, have stumbled upon a column written by the Joker. Who else could conceive of such a TWISTED idea as to remake FROZEN as a live action film? Such a man must be positively DAMAGED!

Film making, even if we hate to admit it, is a business. FROZEN is a money generating machine. It would be downright silly to ignore the Brinks trucks just waiting to back it up to Disney home office.

Is it pure commerce though? No, actually. FROZEN’s world actually gives you a lot of space to switch perspectives, pursue divergent narrative tracks, and highlight other hinted at events while still not derailing the central plotline.

Additionally, it would be an incredible opportunity from a technical challenge aspect. In addition to strip-mining its catalog, one thing these new adaptations have made clear is that Disney really loves creating technology to make these films happen. KING for all its dead eyed horror is a wonderful of photo-realism. JUNGLE BOOK incredibly blended the young actor with the CGI animals. Even Will Smith as the Genie has some eye popping moments of spectacle all thanks to technology. Elsa’s powers alone could be amazing, nevermind her ice castle, her abominable snowman, or Olaf.

Throwing the Doors of the Castle Open

What do you say? Did we made good choices here? Bad suggestions? Did we miss a film or two you think would make an incredible live action movie? Let us know!

Feel free to drop a comment below. Or, if you prefer, hit us up on Twitter @ComicsVerse!