Right now, Keanu Reeves is probably the most popular celebrity online. From his lovable charm to his awesome movie roles, people just can’t seem to get enough of Keanu! It is safe to say that Reeves has had a pretty good year. He has already starred in JOHN WICK: CHAPTER 3-PARABELLUM and TOY STORY 4 this year. The highly anticipated CYBERPUNK 2077 video game — featuring both Reeves’ voice and his digitized physical likeness — is still on the way. Yep, 2019 has definitely had a good amount of Keanu Reeves.

Keanu wasn’t the only thing blowing up in 2019, however. The MCU wrapped up the Infinity Saga this year as well. In doing so, they made the highest-grossing film of all time with AVENGERS: ENDGAME. With both crushing it in the same year, it makes sense that fans would start to imagine an MCU/Keanu Crossover for the ages. Plenty suggest Marvel character Keanu should play. I’ve heard Silver Surfer, Adam Warlock, and even Wolverine to name a few. While I’m sure Keanu would kill it in any of those roles, I feel like people are thinking a little too small.

Let’s take a look at who Keanu Reeves should REALLY play in the MCU. 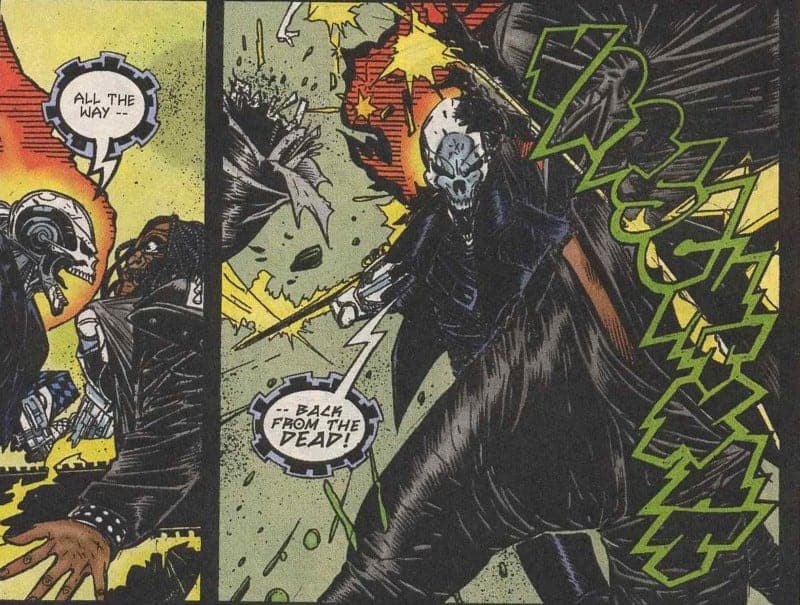 Before we get started with why Keanu Reeves should play Ghost Rider 2099, let’s first look at who the character is. GHOST RIDER 2099 stars a hacker named Zero and the story takes place in an alternate Marvel Universe in the year 2099. Zero stole information from a ruthless company called D/Monix and paid for it with his life. D/Monix decided to assassinate Zero in response to his theft by shooting him with poison which Zero had no way of recovering from.

Before his death, Zero uploaded his consciousness into cyberspace where it was stored digitally by a group of A.I.s called Ghostworks. Ghostworks merged with Zero’s consciousness to make Zero their ‘avatar’ in the real world. They were then downloaded into a robotic body and became Ghost Rider 2099!

Why Should Keanu Reeves Play This Character? 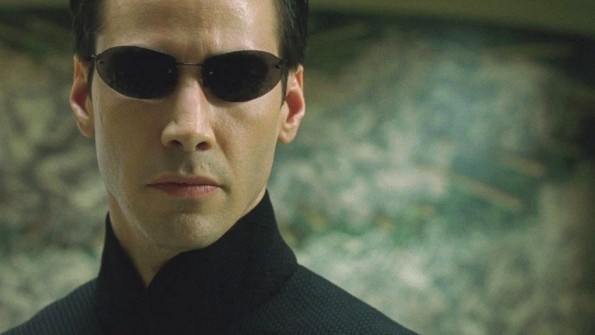 Zero was a hacker who became a robot that looks like and has the powers of the original Ghost Rider which he uses to enact vengeance on those who wronged him. I mean come on! Based on Keanu’s previous work, the character of Ghost Rider 2099 seems to be written specifically for his 2019 self. From JOHNNY MNEMONIC to THE MATRIX, plus his upcoming role in CYBERPUNK 2077, Keanu Reeves has established himself as a master of the genre. What better role for him than a Marvel character who embodies cyberpunk to the max? Ghost Rider 2099 would cement Keanu as King of the C-Punks.

The sci-fi hacker element Reeves brought to life with Neo mixed with the non-stop action he mastered in JOHN WICK would be the style and tone of GHOST RIDER 2099. Wouldn’t that be awesome to see?!

Questions do remain, however, about why exactly it should be Keanu playing Ghost Rider 2099. Where would Ghost Rider 2099 fit in with the current MCU continuity? Why should Keanu Reeves, with all of his stardom, star as a seemingly small character? 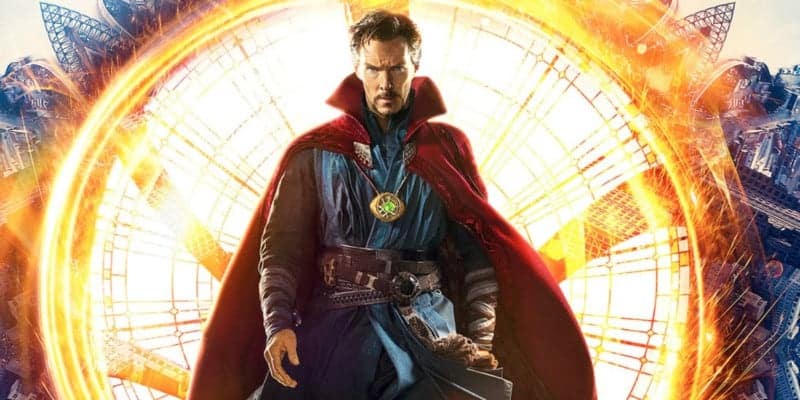 DOCTOR STRANGE IN THE MULTIVERSE OF MADNESS was confirmed this year at SDCC and fans have been going wild with speculation. While we are not here to guess at the next DOCTOR STRANGE film, let’s talk about how the new DOCTOR STRANGE movie can setup GHOST RIDER 2099! Based on the title, it seems safe to assume the DOCTOR STRANGE sequel will delve into Marvel’s multiverse. And with the multiverse comes parallel but slightly different Earths.

Now that ENDGAME introduced alternate realities, the possibilities for future Marvel movies are endless! Why not a Marvel 2099 film series beginning with Ghost Rider?! The perfect cyberpunk actor meets the perfect Marvel cyberpunk character, end of story. The possibility just gets your engine running, doesn’t it? 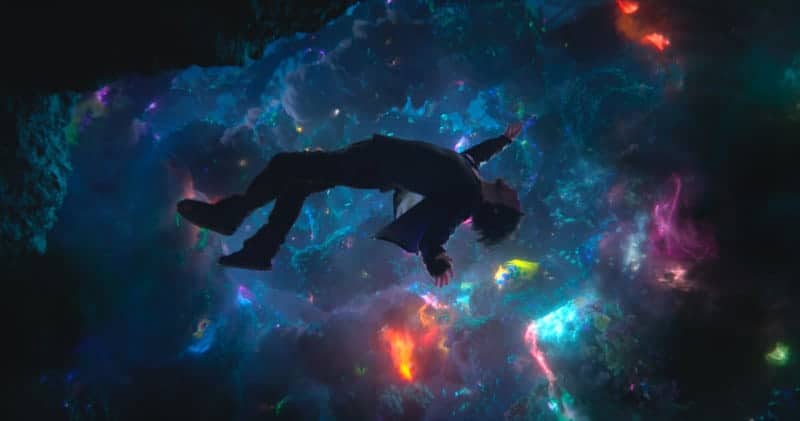 Marvel Studios could create entire sagas, like the Infinity Saga, that take place in different dimensions. Those movies, therefore, would have no effect on the current continuity of the MCU. If Marvel Studios produced parallel universe movies, they would need to make the first movie very different than the MCU in order for it to stand out. Also, they would need an actor that is popular and talented enough to be the face of a completely new series of Marvel movies.

Keanu Reeves is both talented and popular. He has the star status and talent to be the face of a Marvel franchise. Not a lot of people can compete with the likes of Robert Downey, Jr. and Chris Evans as headliners/figurative fathers of a cinematic universe. Reeves though? Oh, he can.

In terms of not just repeating what came before, Ghost Rider 2099 offers an immediately different avenue. Aesthetically, its mix of MINORITY REPORT’s constantly advertisement inundated view of the public square and BLADE RUNNER’s towering neon cityscapes garnished with just a taste of CHILDREN OF MEN’s at world’s end rot. Nothing in the MCU currently or planned for the future looks like that. Philosophically, it would also be substantially different. 2099, especially as viewed by Zero, is a world not in declined but already declined. Being a hero is a rebuilding process. Every other MCU entry is concerned with stopping the clock on the apocalypse. This one could be about kick-starting a new clock.

Not convinced yet? Well, there is the matter of this tease from Marvel Comics at San Diego Comic-Con (SDCC).

At the SDCC this year, Marvel teased fans with the number 2099 and the date, November 2019. While no additional information was given, it is widely assumed that the 2099 Universe will return in November 2019. If that assumption is correct, it may put a whole host of characters on the radar in the way they have not been in years. A 2099 comics line does not guarantee a movie series but for an MCU looking to shake things up and evolve, seeing these dormant properties given new life might catch an eye or two. After all, without the DNA reboot of GUARDIANS OF THE GALAXY, none of us would know the joy of Chris Pratt dancing and using a space rat as a microphone.

Bringing it All Together 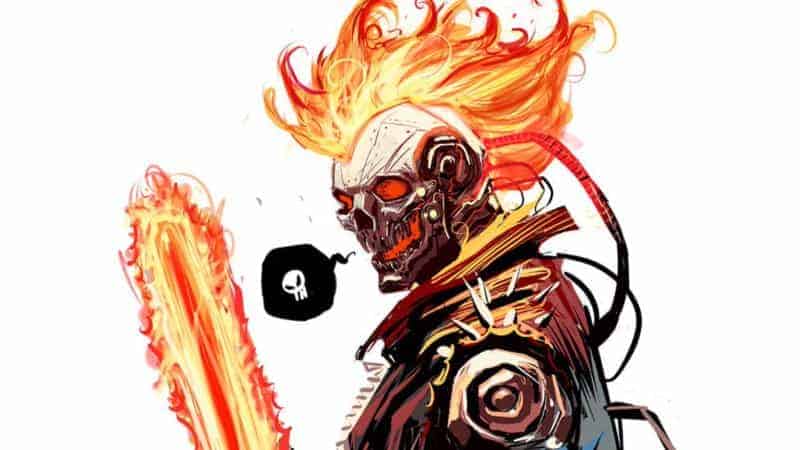 Ghost Rider 2099 is one of the most hardcore cyberpunk characters I’ve ever read. Keanu Reeves is cyberpunk royalty. This year has also firmly cemented him as Hollywood royalty. His popularity has skyrocketed and his talent has finally begun to be appreciated more than mocked. Keanu and Ghost Rider 2099 would be a match made in heaven.

Sure, Reeves could star as any number of random Marvel characters that could show up in the MCU. And he’d probably be quite good. I just think with his level of stardom and popularity, he could do more than appear in the MCU. Keanu could create a whole new branch of the MCU while playing a character that he is perfect for.