A mere three years after Spider-Man successfully was integrated into the MCU via a Disney/Sony deal, he is seemingly gone again.

Is it good? Is it bad? A victory for the little guy? A loss for storytelling?

Lots of people are ready to tell you the answers to those questions and so many more. Don’t listen to them though, I’ve got the truth for you right here. And the truth is most of those hot takes are just hot air. 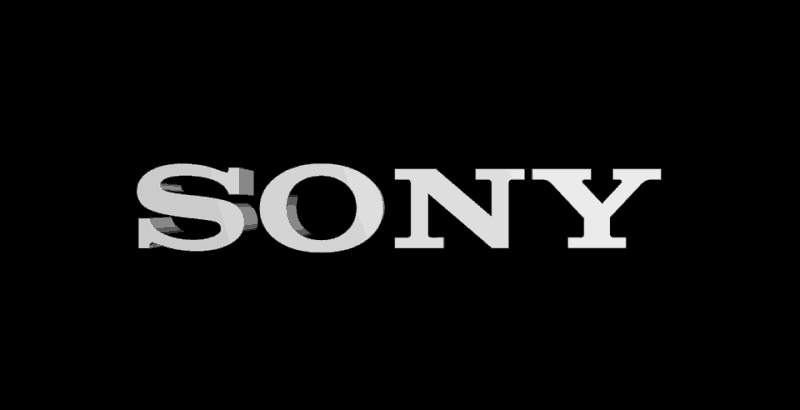 This is the Sony logo. Grey on black. (Courtesy of Sony)

Disney is massive. This is undeniable. Of the top 10 grossing movies of the year, so far, it had a hand in six of them and all five of the top five. The only other studio with multiples is Universal with two. Oh and the latest STAR WARS, also a Disney film, hasn’t even come out yet.

Sony, by contrast, only has one, SPIDER-MAN: FAR FROM HOME, which, by the by, Disney had a hand in.

Sony is no cowering lamb on the battlefield capitalism.

You may hate Disney. By all means, hate away. They did, after all, make 12.6 billion in profits during the same period as Sony’s 8.7. However, don’t fool yourself into thinking that throwing your lot in with Sony makes you some kind of warrior for fair and healthy commerce. They are brothers in voracious profiting.

This is the Disney logo, Black on grey. Whoa…wait a sec! (Courtesy of the Walt Disney Corporation)

Sony Is a Cesspool Out of Which No Good Can Escape

Yes, Sony is the company that gave us AMAZING SPIDER-MAN. That film is a study in half-efforts, all tentative attempts at big changes from the first film franchise undone by a refusal to really commit to them. It is half bold new direction, half bland retread and worse for not embracing either.

Sony also made AMAZING SPIDER-MAN 2, far and away the worst Spider-Man cinematic effort to date. It is loud, ugly, poorly plotted, and truly reads like the preview of future movies critics often accuse the films of the MCU of being.

On the other hand, Sony also funded and distributed the most inventive and compelling Spider-Man cinematic effort of all time, INTO THE SPIDER-VERSE. Hell, without Sony, who knows if we even have the current super hero in film revolution. Raimi’s SPIDER-MAN and, especially, SPIDER-MAN 2 were like proof of concept for the idea that super hero movies could make buck, move hearts, and be embraced by more than just fans.

The fact is all studios are capable of great work and terrible work, often in the same year. Don’t forget, the same Disney that gave us AVENGERS: INFINITY WAR also gave THE NUTCRACKER AND THE FOUR REALMS in 2018. When you make movies, even getting the damn thing to theatres is a miracle, nevermind making it quality. In other words, Sony’s mixed record with Spider-Man makes little to nothing clear about the future. 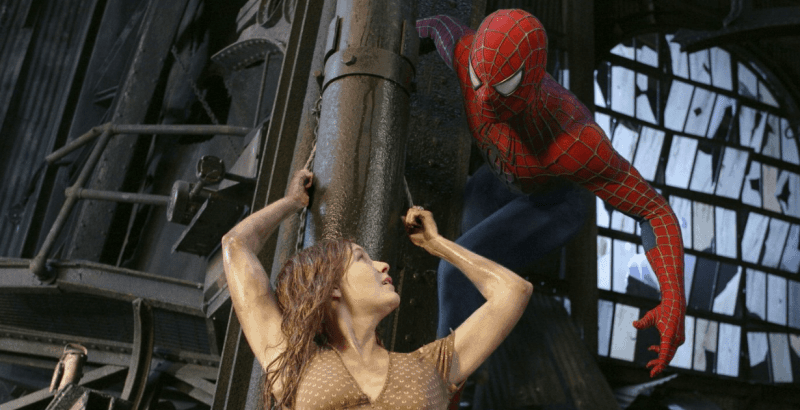 Neither Tobey nor Kirsten can believe the news. (Courtesy of Sony Pictures)

There are also those that do not care for the MCU’s incarnation of the Webslinger. Whether it is his strong connection to Tony Stark, the fact that he has more than two pennies to rub together, or the fact that we have only had suggestions of Ben Parker but not seen the good Uncle shot, they view MCU Spidey as an underwhelming interpretation.

To them, the move to Sony solo is a promise of getting back what they miss. Gone is Spider-Man getting a ride from Happy Hogan in a jet, here is the Wall-Crawler riding the top of the subway to avoid fee charges.

The only problem is there is zero evidence Sony has any interest in any of these changes. In fact, the evidence suggests that Sony intends to stick to the established structure. In fact, one of the reasons cited in Deadspin for Sony feeling comfortable with the split is the template for Spidey success has been set by the MCU movies already. If they are keeping on Jon Watt as director, Tom Holland as star, and like the template, it feels unlikely one should anticipate big changes. Maybe Peter Parker won’t be going on a double date with Thor (Odinson) and Thor (Jane Foster) any time soon. That does not translate into him sewing his costume by hand after a rough night though. 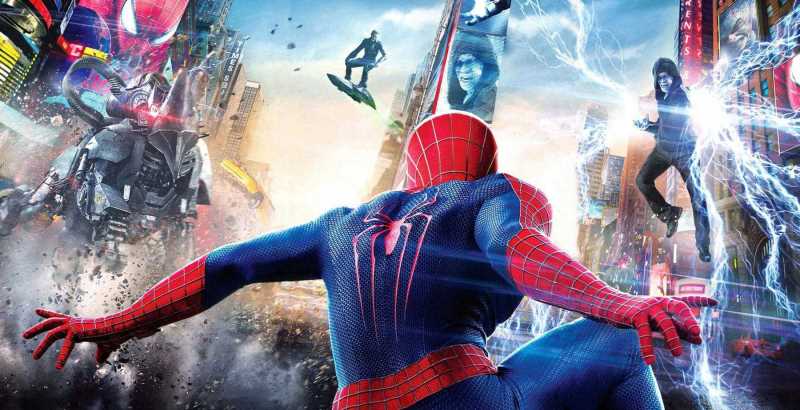 The only thing worse then facing down 3 enemies is having to do it in AMAZING SPIDER-MAN 2. It’s a bad movie folks. (Courtesy of Sony Pictures)

Is It Even Over?

Since the announcement broke that Sony and Disney brief web of cooperation was over (see what I did there?), signs have pointed to it being more of a tactic than a final truth. Less than two days after the story broke, Vox already began to assert it was too soon to call it. Earlier this week, a convention banned anyone asking questions of Tom Holland to bring up the split implying that negotiations were ongoing.

Is the Vox article accurate? Was the convention in the know or just wishful thinking? There is nothing definitive out there either way to tell us. However, this would hardly be the first-time companies engaged in public jostling to grease the wheels for future deals. It is a touch unusual to abandon the negotiation table as quickly as Sony did, but that could be as much a tactic as the meme bombardment that followed. When it comes to corporate push and pull, companies like Disney and Sony tend to use all the tools in the box.

This is also not the first time Disney would be involved in long running attempt to acquire some kind of stakes in super heroes. Nor would it be the first of their deals that looks absolutely off or totally unavoidable depending on when you checked in. Let us not forget that the eventual absorption of Fox’s properties started all the way back in late 2017 and did not finally happen until the middle of this year. Hell in November of 2017, one of Disney’s chief rivals for Fox was, you guessed it, Sony. Imagine how weird this situation would be if Sony won that battle instead! 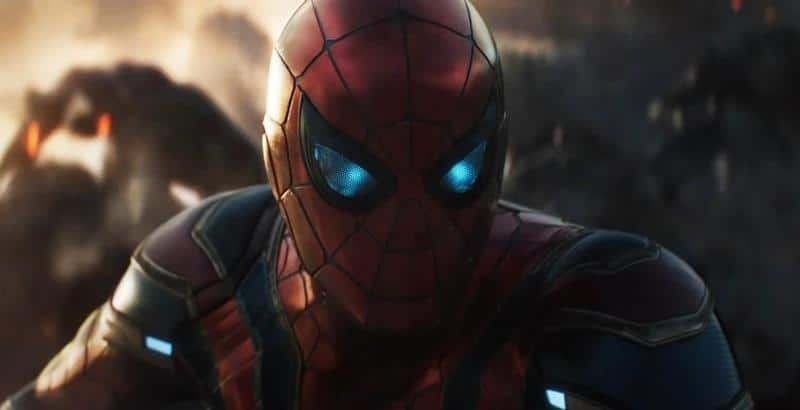 MCU Spidey has a bit of bright blue side eye for the news about Sony. (Courtesy of Marvel Studios)

We Know What We Know. In Other Words, Nothing

There is a reason one should not get involved in cheering for one corporation over another. Well, there’s several. One is it gross. Two is what we are actually arguing about is typically things such as, “But I like when Spider-Man and Star-Lord team up” v. “I hate that Spider-Man still hasn’t said, ‘With great power comes great responsibility’” and not “Disney is the best thing on the planet!”

The third though is this: what we are seeing is a very small part of a very large process involving a TON of money. And I don’t just mean a lot, I mean literally, by weight, there is probably a metric ton of cash on the line here. We see glimpses, we get conflicting reports. But honestly, what we have and what we see is but a fraction of what is going on.

It is cool (well not cool per se, but you get what I mean) to have a preference. It is great to love Spider-Man as part of the MCU. Don’t let anyone try to convince you that you’re an enemy of the people or a fair economic system because you like that. It is great to want Spider-Man on his own with Sony. Don’t let anyone call you’re a contrarian or crank because you feel that way. Hoping Spider-Man will meet Venom now is not great because that movie was hella bad, but whatever. We’ll table that for now.

Picking winners and losers in this though? Trying to anticipate what is happening next? That’s a waste of time and effort. Frankly, it makes things uglier than they need to be. If I never read a “I support Sony socking it to the Mouse” or “Sony is stealing what is rightfully Disney’s” take again, it’ll be too soon.

Of course, since we know nothing, maybe I’m wrong. Enrique certainly seems to think so. He’s very much in favor of Sony becoming Spider-Man’s solo home once more. Kevin disagrees with me too. And Enrique for that matter. He thinks the severing of the Disney/Sony collaboration is big bad news for the Webhead.

Where do you come down on it? Let us know via the comments below or at our twitter, @Comicsverse.