We are just about 10 weeks away from the release of the first-ever live-action STAR WARS series, THE MANDALORIAN. Coming from head showrunner Jon Faverau, we have already been treated to images and descriptions of some really exciting things to look forward to. Let’s look at what we know so far about THE MANDALORIAN from the story, characters, and the overall production. 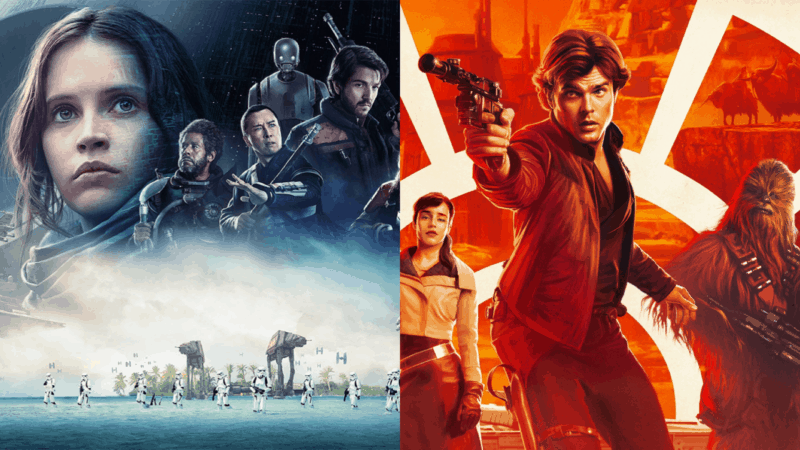 The What: STAR WARS Explores The Gray

The STAR WARS universe is vast and rich, containing several stories. The main story told in the films is about the light and dark sides of the Force, clashing against one another for dominance across the galaxy. However, for the past several years, we’ve seen more expansive looks at the Universe. In particular, WARS’ gray areas have received more extensive attention than ever before.

Both the CLONE WARS and REBELS canonical animated series have explored tales of smugglers, rogues, and bounty hunters. ROGUE ONE took it further, becoming the first film to prominently feature those types on the big screen. Jyn Erso, the main protagonist, did not desire/expect to have a large impact in the conflict at the time. However, she (and others like her) are brought to the forefront, unwittingly ushering in “a new hope” for the galaxy.

SOLO plays in a similar area. Catching up with the early career of the titular smuggler, the film seeks to show who Han was before he became the great general of the Rebellion. What’s great about SOLO is that we don’t really see Force-users or lightsabers, save a surprising cameo late in the film. We just see a young man doing his best to survive in the galaxy and make a name for himself. Sure, a call to action for something greater than himself is made, but he’s not ready to accept it yet. That’ll be later. For now, he’s just having adventures with a big ol’ Wookie. 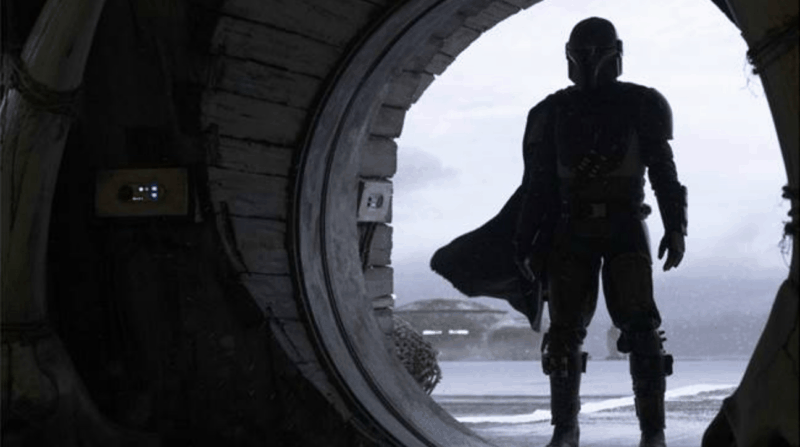 The Who: THE MANDALORIAN Will Be About A Bounty Hunter

Films like ROGUE ONE and SOLO are really cool because they show some of the more grittier and grounded parts of the STAR WARS galaxy. It looks as though THE MANDALORIAN series will be following suit, featuring a bounty hunter on the Outer Rim territories played by Pedro Pascal.

Many fans initially expected this was the derailed BOBA FETT movie in television miniseries clothes. This would have made it more like, say, SOLO in that it told a side story of a character that is both highly recognizable and beloved by the fandom. A sort of a cake and eat it to choice that allowed for some exploration of the gray without straying too far from the central Skywalker Saga.

We now know that Disney+ is going bolder than that. While the armor may be familiar, the Mandalorian in question is not the most famous bounty hunter ever to be swallowed by a giant worm without really doing anything. The series thus cuts the tether from STAR WARS foundation more than any other live-action spinoff has to date.

The direction of the show also promises something new in terms of feel. From the show’s description, we should be imagining a sort of STAR WARS take on the lone gunslinger western genre. It’s stories like this that really flesh out the universe in a really unique and engaging way. 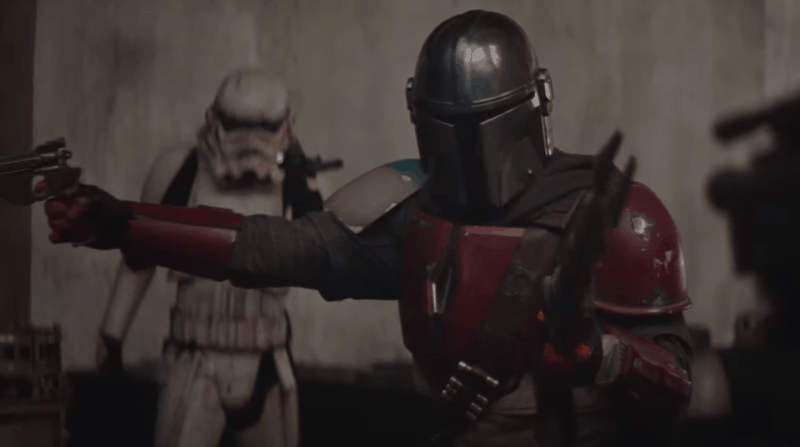 The When and Where: Post-RETURN OF THE JEDI Timeframe In The Outer Rim

Another intriguing element to THE MANDALORIAN is its events taking place very soon after those in RETURN OF THE JEDI. While there are some canonical books like the AFTERMATH trilogy that detail this period, this will be the first on-screen depiction of the rising New Republic and the shattered remains of a fractured Empire.

Regarding the Empire, it seems news travels slowly across the vast expanse of space. Much like Hiroo Onoda and his platoon of Japanese soldiers in the Philippines, there are Empire soldiers out there unaware that the war is over. Therefore, as seen in the trailer, there are some Imperials still kicking around in the Outer Rim, trying to fight for a fallen government. These unsurrendered will cross paths with the Mandalorian.

It makes sense. The Rebellion would most likely try to build its New Republic from the more civilized core worlds first. This would understandably take some time. Those on the Outer Rim, thus, would be left to their own devices for some time. Moreover, some remaining factions of Imperials might decide to retreat there, hiding out and refusing to give up their power.

It should certainly prove interesting to see the types of chaos and lawlessness occurring with one regime nearly eradicated and a new order still in its early stages. What better setting than the Outer Rim? It’s a region that’s always been rough, especially during an even more tumultuous time of change. 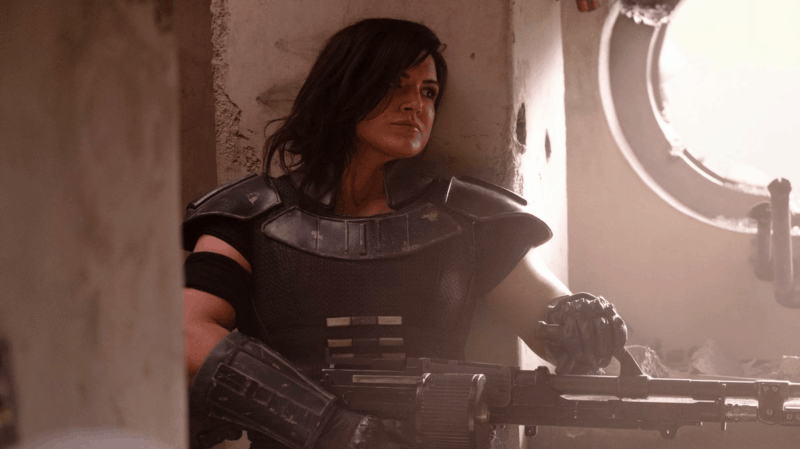 The Who, Again: Featured Characters in THE MANDALORIAN

As we already noted, the lead with be the Pascal-portrayed titular bounty hunter. We also know that he’ll have some sort of connection to Cara Dune, played by Gina Carano. He’s also standing next to an IG model assassin droid in the trailer, which we know is not the more famous IG-88 from EMPIRE STRIKES BACK, but IG-11, voiced by none other than the incomparable Taika Watiti. Carl Weathers looks to be playing some sort of informant by the name of Greef as well.

As for the Imperials the Mandalorian come into contact with, it looks as though BREAKING BAD’s Giancarlo Esposito will be playing Moff Gideon. Esposito himself has said that Gideon was a mere soldier before seizing the opportunities of leadership that came when the Empire collapsed. Werner Herzog has also been reported to be an Imperial as well, having the only lines of dialogue in the trailer, speaking to the Mandalorian about bounty hunting being a complicated profession. 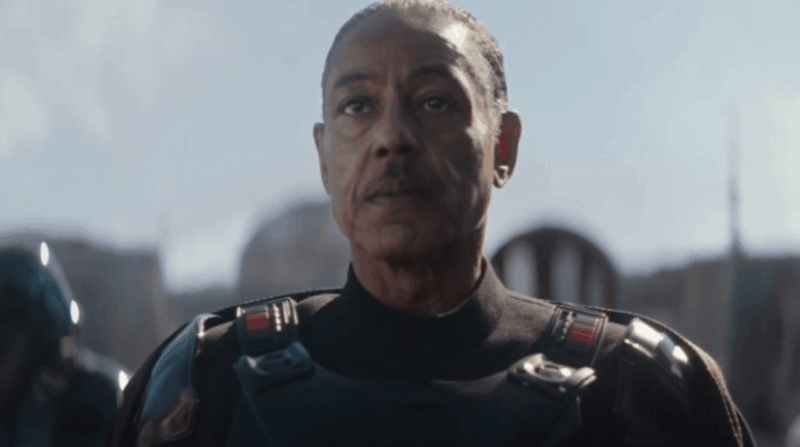 Seriously, this cast is amazing! I’m so excited for every character and to see the levels of dimension and depth they’ll bring to the table.

The How: Awesome Production Elements

Lastly, a big thing that makes me excited for THE MANDALORIAN are the showrunners. Jon Faverau and Dave Filoni are the best picks you could possibly have for the first-ever live-action STAR WARS series. 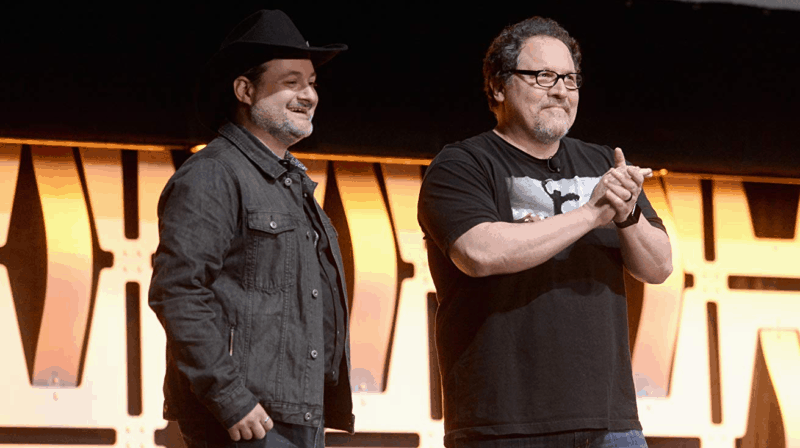 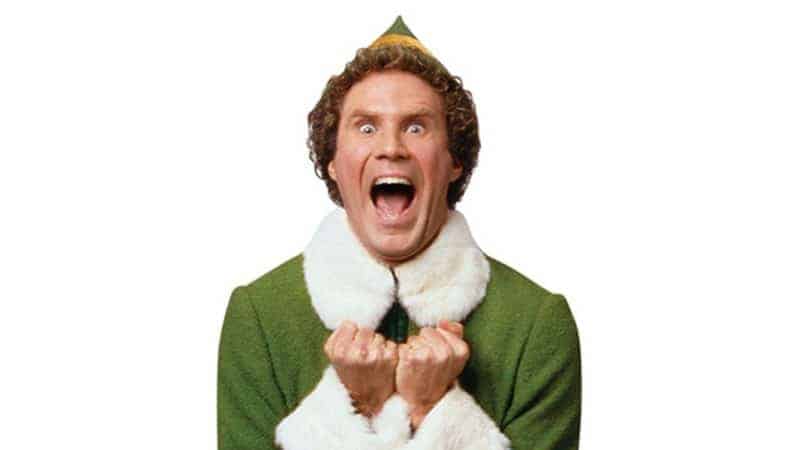 Image from New Line Cinema. (Also an accurate representation of my level of excitement for THE MANDALORIAN.)

Furthermore, Faverau and Filoni are good friends. When Filoni was working on CLONE WARS and had his focus on the planet of Mandalore, he brought in Faverau to voice Pre Vizla. Vizla was leader of the Mandalorian terrorist organization Death Watch.

Suffice it to say, Faverau and Filoni are big fans of Star Wars to begin with, and both have experience specifically with Mandalorians. It’s a perfect pairing.

Furthermore, Faverau has spoken to the fact that they’ve been recreating some of the same techniques used by George Lucas on the original STAR WARS trilogy. For instance, the Mandalorian’s ship was made into a miniature model with LED lights in the thrusters. Then, Faverau and his team built tracks for their cameras, having the cameras film while moving past the miniature model in order to simulate the ship flying through space. It’s the same method that Lucasfilm used! It’s so cool! 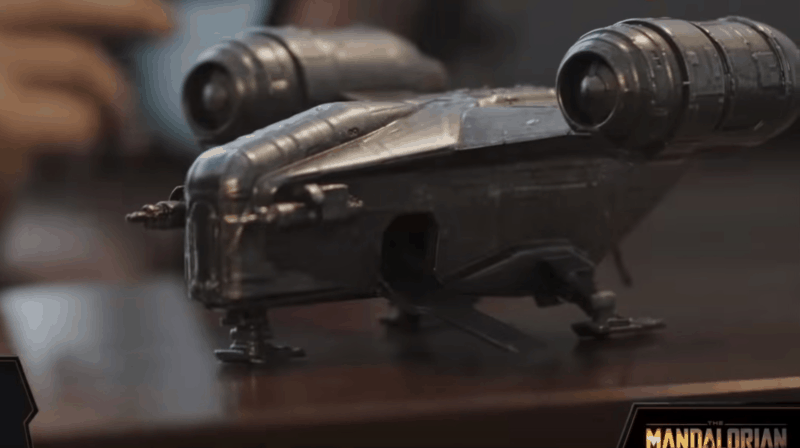 The Why: Why Not? THE MANDALORIAN Is Gonna Be Incredible!

THE MANDALORIAN has so much good going for it, based on everything we’ve heard. Faverau has said that his whole mindset for THE MANDALORIAN has been to produce it like a film rather than a series. That mindset totally shows from the trailer. The production quality is high and I think we should expect great things from the first live-action STAR WARS series. 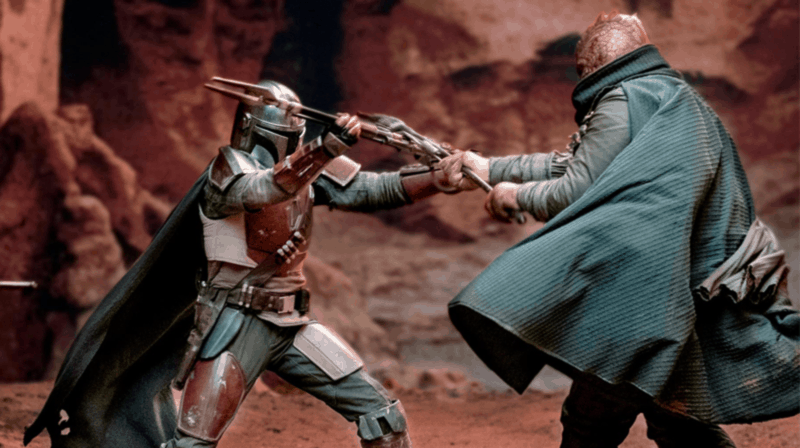 THE MANDALORIAN will be releasing November 12th on Disney+. Click here to read our thoughts about the upcoming OBI-WAN KENOBI series!