Attention all mystery lovers and amateur sleuths alike! A beloved teenage detective will be making her thrilling return to small screen. Coming this fall to the CW Network, the new NANCY DREW show will debut alongside CW’s Batwoman. When an 18 year old Nancy Drew must put her college plans on pause due to a “family emergency”, she finds herself thrown into a murder mystery only she can solve. Her and her friends are considered both witnesses and suspects in the crime.

What can you expect from the CW’s teen detective? How will the series draw on her past, her novelistic origins, and her previous adaptations? Can it evolve to connect with today’s audiences and concerns? Let’s explore, shall we? 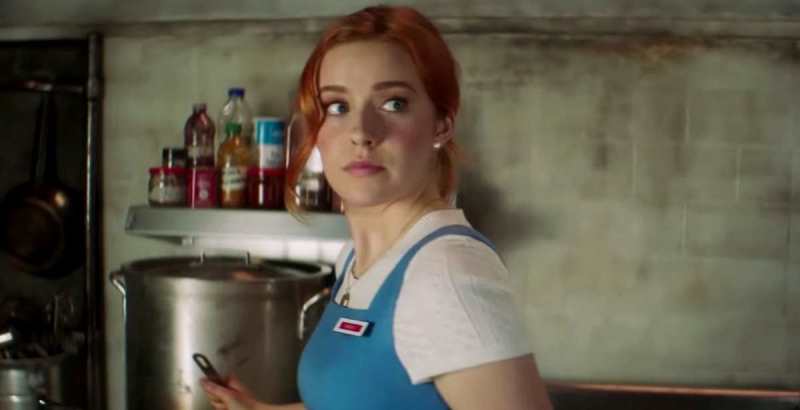 What’s she gonna do, gonna do with all that mean? Serve you up a mean serving…of justice. (Courtesy of The CW Network)

The History of Nancy Drew

Before we dive right into this new show, it is important to look back at the history of the favorite teenage sleuth.

In the 1930’s, Hardy Boys creator, Edward Stratemeyer invented Nancy Drew. Realizing his readership was predominantly women, he created the girl detective to connect with and appeal to that base. And it worked. Drew not only caught on with that audience, she would find popularity for generations to come.

Through the years, many authors have taken their turn writing stories centered around the amateur lady sleuth. After the original series, fans saw Drew embrace a more intense action movie kind of content with FILES, a new series of novels. Subsequent new stories sought to de-age her while updating the plots and characters for more modern audiences. All of this means several hands were responsible for molding and shaping Nancy over the course of her existence. Nuances of her characters have shifted and evolved over time. In many ways, she — and her boy adventure counterparts the Hardy Boys — ended up with histories a lot like comic book heroes with updates, reboots, dodgy continuity and a constant battle between nostalgia and evolution.

In over 80 years, the adored teenage investigator has made multiple appearances in film and television. This has translated into Nancy Drew boasting a strong level of flexibility. That versatility will give the CW Network a lot of wiggle room to work with. As long as, at her core, she remains a strong, independent young lady determined to crack any case, they can play around with plenty of the external details.

One way we already know the CW will seek to utilize this flexibility is in terms of casting. Either by employing color-blind casting or specifically setting out to create a diverse supporting cast around our titular detective, the CW has ensured that the show resembles the reality of the world in a way the original novels never attempted, nevermind achieved.

NANCY DREW has a star-studded cast of talent actors. Only just recently receiving her acting degree, newcomer Kennedy McMann will be portraying the lead character, Nancy Drew. No pressure or anything, but she definitely has some big shoes including Sophia Lillis (IT) and Emma Roberts (NERVE) in recent years. Nancy’s father, Carson Drew, still struggles with the death of his wife, Nancy’s mom, and has increasingly embrace his work as an attorney as a result. Playing the part of dear old estranged dad will be Scott Wolf an actor who is both no stranger to characters losing themselves in their work or struggling with shattered families.

In contrast, Nancy’s love interest, Ned “Nick” Nickerson, played by Scottish actor Tunji Kasim, sticks right by her side. Also close by her side is George — Leah Lewis — although with their rocky relationship perhaps Nancy wishes she wouldn’t. Others in the supporting cast include Ace the philosophical burnout — Alex Saxon— and Maddison Jaizani as the loyal Bess. 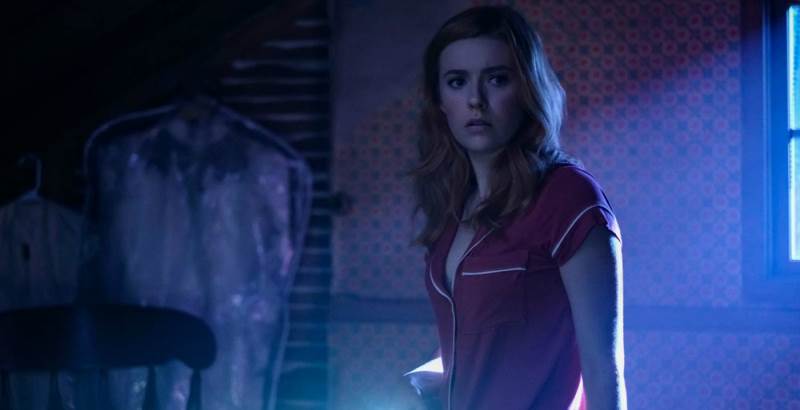 There’s something blue about Kennedy McCann in the new NANCY DREW. (Courtesy of The CW Network)

The Ghost of Dead Lucy

Get ready for ghosts and ghouls in the CW’s NANCY DREW. You heard right. This new series has a supernatural twist to the traditional mystery story, something the detective has flirted with but never quite embraced in other adaptations. In this adaptation, a chilling tale about ‘dead Lucy’, haunts the town. As the legend goes, a teen beauty queen jumped off a cliff and plunged to her death. Years later, her ghostly image may somehow be connected to the murder of a well known socialite.

Judging by the trailer, the specter’s presence in town is straight up creepy. The show is even promising frightening images straight out of a horror movie.

Who doesn’t like a healthy dose of drama in their lives? While there will be plenty of sleuthing for mystery lovers, we can expect some juicy teen drama to happen. In this tight circle of friends, everyone has their secrets and everyone is a suspect. As the mystery unravels, relationships among characters will be tested. Even her longtime love interest is under suspicion. Which begs the question, who can Nancy Drew really trust? Can a budding romance survive a murder investigation? We’ll have to wait to find out.

Aside from finding the murderer, Nancy Drew must also navigate her strained connection to her estranged father. While investigating the case, she learns secrets about her father that may destroy their bond altogether. This pivotal conflict is just another challenge for the title character to face.

Since NANCY DREW is following the same teen drama path as RIVERDALE, I’m sure adolescent chaos will ensue in this new series as well. RIVERDALE’s success might also influence the level of soap opera twists, turns, and romantic heat fans might expect from DREW. 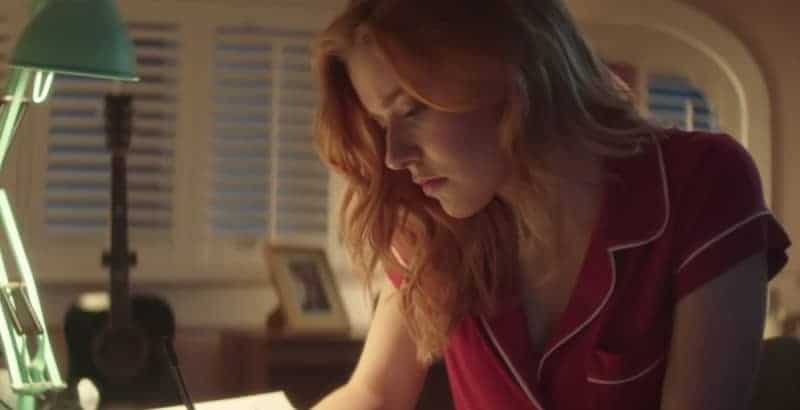 I’ll give Kennedy McCann this, she plays Nancy Drew as a person with a definite opinion on which is her “good” side. (Courtesy of the CW Network)

One Nancy Drew Passing the Torch to Another

Truly devoted fans of Nancy Drew will be happy to know that the CW’s Nancy Drew will feature a notable guest star during the first episode. During the pilot, Pamela Sue Martin, who originally played Nancy Drew in television THE HARDY BOY/NANCY DREW MYSTERIES, will make an appearance. She plays the role of Harriet Grosset, the town psychic. An eccentric figure who is there to guide the young Nancy Drew in her future mystery solving endeavors. Their interaction will be a passing of the torch moment for longtime fans. So, if you love that classic take on Drew, keep your eyes peeled for that cameo.

NANCY DREW may be joining the CW’s lineup, but she will not be alone. In addition to joining the likes of SUPERWOMAN AND CHARMED, the teen detective will roll in with several similarly strong, adaptable women.

For fans of talented detectives BATWOMAN might be a nice compliment to Drew’s sleuthing. If the teen part of the character’s identity is more your spend, KATY KEENE might what you seek.

Regardless of what you like best in a television series, it seems CW is poised to make this year’s lineup well appointed with smart and versatile women, reversing a trend of years of significantly male-heavy offerings. 2019 promises to bring a fresh look to the network and, hopefully, a fresh perspective. 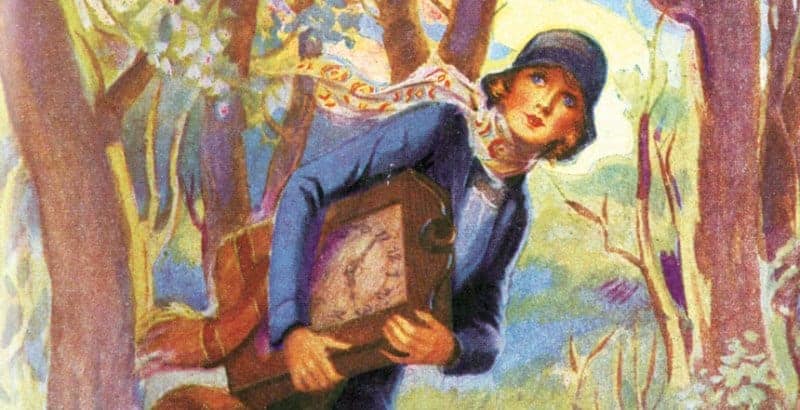 Classic Nancy apparently failed to solve the Case of the Best Side. (Courtesy of Grosset & Dunlap)

The girl detective is a pop culture icon and her return to the small screen is highly anticipated by fans. Aiming the spotlight on a strong-willed female detective, the CW Network is taking steps in the right direction with next season’s lineup. From the clues gathered already, this rendition of Nancy Drew will be much more than your ordinary teen drama. A mystery tale mixed with elements of drama, romance and horror. If CW’s NANCY DREW lives up to it’s high expectation, this new series will become a Nancy Drew for a modern audience.